E-bikes for the love of cycling. 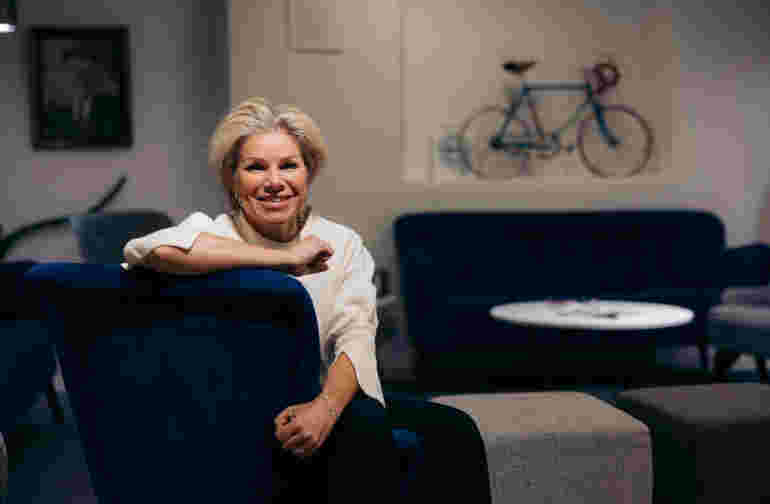 The e-bike turned out to be a gamechanger. Many people have replaced the car as a means of transport and now pedal their way on an e-bike. This has led to more people becoming active, and so their health has improved. This is the goal of Cycleurope: to provide added value and be part of the solution to societal challenges in the areas of health and the environment.

Halland is made for cycling. The province was a pioneer in the development of national cycle routes, which in turn has created many new jobs. One of these routes is Kattegattleden. Stretching from Helsingborg in the south of Sweden to Gothenburg on the west coast, it is a coastal route of 390 kilometres, running through the beautiful Halland countryside.

The e-bike is a gamechanger

It was also in Varberg in the same province that the Monark bicycle brand was launched over 100 years ago. Today it is part of Cycleurope Sweden, which in turn is part of one of Europe’s leading bicycle groups, Cycleurope AB, with worldwide distribution and sales.

“The spotlight is on the e-bike – it’s a gamechanger all over Europe,” says Johanna Smedberg, Head of Marketing and Business Development at Cycleurope Sweden.

“We want to solve the puzzle of daily transport and be experts at that kind of bike. It’s made motorists ditch their cars and replace them with e-bikes. This has given the e-bike a very important role,” she says.

Close to customers in Varberg

Since being founded by the Grimaldi family in the mid-1990s, Cycleurope has grown organically and through the acquisition of strong, well-established local bicycle brands. Its Swedish headquarters are in Varberg and they are a centre of excellence for the Nordic operation.

We work from a Nordic perspective in Varberg, meaning that we develop, design and produce our bikes for the entire Nordic market here.

The advantage of being very close to the consumer is that there is basically a retailer in every town. This means that bike owners have both workshops and service close by. For many people, cycling is their only means of transport.

“When you make a journey like the one we’ve made, from a mechanical product to an electrical and technical one, new requirements emerge within the company. For example, software is crucial in an e-bike. This has meant that we’re in need of new skill sets.”

Cycleurope has attracted a new type of employee, who also sees the quality of life in living in an area where the pace is completely different from that of a big city – where you can take your bike to work, all year round.

“When it comes to new skills in software and electronics, people who have such skills may not primarily be considering the bicycle industry as an option. But the industry has come a long way in recent years, and many people may not realise that these kinds of jobs actually exist,” says Johanna Smedberg.

“We would like to break into these areas, because today’s bicycle industry is not what it was five years ago.”

For Cycleurope, bicycle ownership is also about the added value that a bike can bring. It is important to be relevant to cyclists and understand them in a wider perspective. This includes everything from bike maintenance and accessories to educating and seeing the bike as part of the solution to societal challenges in the areas of both health and the environment.

“We put a lot of resources into understanding and taking responsibility for these issues. For us, our mission is bigger than developing and building bikes that become a crucial part of our daily lives. We are committed to health issues and want to inspire young people to cycle more. This includes our involvement in the launch of the Skolklassikern multi-sport contest, which aims to get children moving to a greater extent. Around 30,000 children throughout Sweden take part in the contest every year.

Want to know more about investments in Halland? Contact us!

Halland: On the threshold of an international market.

Six reasons to live in Halland.