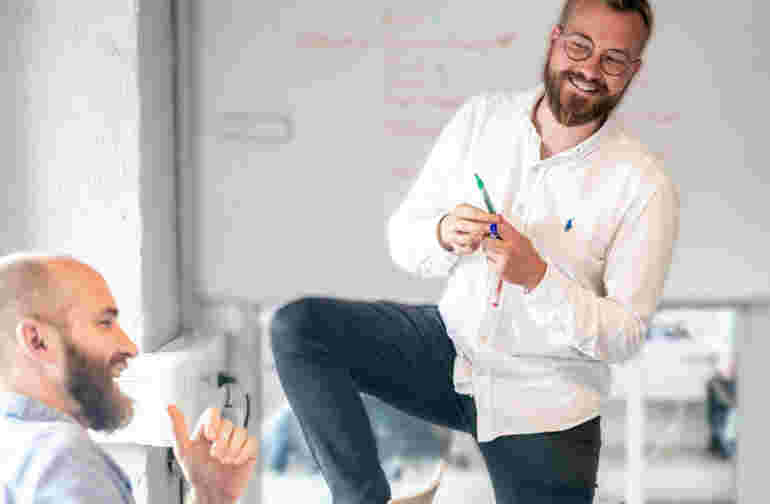 In Mellbystrand outside of Laholm on the coast of Halland, two cousins – a computer nerd and an IT specialist – grew up close to each other. In 2016, their professional paths crossed and they founded Meta Bytes, a company offering software solutions to businesses when there aren’t any off-the-shelf products.

Oskar Lundgren is a full-fledged computer nerd. His everyday routine for a very long time has been to write code, from early morning to late at night. “As you do when you’re a nerd,” he suggests. Lundgren has always been drawn to tech and computers and to build what he calls “meaningless hobby projects”. He’s a computer engineer with a degree from Halmstad University, and is mad for developing and data structure.

Oskar Lundgren’s older cousin, Henrik Assarsson, who had been working as CTO and IT specialist at several companies in the US for many years, returned to Sweden in 2016. He called up Oskar to see if he knew of any good programmers.

– I was a little put off. I’m a computer engineer and the best there is, I thought. But I pulled myself together, and recommended myself. And that’s how it started, says Lundgren.

Today, Henrik Assarsson is CEO and Oskar Lundgren is CTO at Meta Bytes. First and foremost, the company, headquartered in Laholm, is a consulting business building technology for many branches within several fields.

– When you can’t find an off-the-shelf product, we build it. If there aren’t any ready-made solutions on the program shelf, we’ll solve that problem with the necessary solution. We develop cloud-based software, he says.

From small to big business

Laholm is a small municipality in Halland on the west coast of Sweden with a population of 25,000. That an innovative tech company like Meta Bytes chooses to locate itself here might make some people wonder…

It’s something of a Silicon Valley in the region, with no less than nine companies developing digital products.

Meta Bytes has a staff of 45, including consultants. Most of them are super nerds, daily constructing systems. Considering Meta Bytes’ business, there’s really no disadvantage being situated in the small town of Laholm, according to Oskar Lundgren.

– I have nature right outside, which is very calming. Personally, I like being part of something smaller, with the option to choose something bigger at my leisure. If it was the opposite, I would always have to travel from something big to a place of calm. You’re not disconnected from the rest of the world, just because you live in the countryside, he says, and adds, “I have eight minutes to the train station, from where I can easily go to Gothenburg, Copenhagen or an international airport.”

I have eight minutes to the train station, from where I can easily go to Gothenburg, Copenhagen or an international airport.

Humor is part of the culture

When you enter the Meta Byte website, you are asked: “Do you want to make your business more efficient?” The two answers to choose from are: “Yes, tell me more!” and “No, tell me a bad joke.”

– Our long-term vision is to have a billion turnover and still be able to make bad jokes, says Oskar Lundgren.

– We’re somewhat juvenile and often notice that we are a breath of fresh air for many customers, which inspires them. If you break the ice and take the conversation down to a more casual level, it makes a huge difference. The discussion becomes more productive and honest, which in turn builds trust. We don’t want to be this uptight and boring consulting agency – it’s supposed to be fun to work with us.

Part of a platform

The world is becoming digitalized at record speeds. In just a short amount of time, Meta Bytes has gained a reputation, with many companies lining up to seek their expertise. They can also see how demand for digitalization is increasing, with more companies asking for their help.

– Being consultants, we see many, similar types of problems. Especially at manufacturing companies, where many processes are manual, Oskar Lundgren says.

Innovation and growth in the AI field requires stimulation. That’s the purpose with the platform Swedish AI Startup Landscape, designed to help startups within AI grow by making them more visible. Being featured on the platform is a stamp of approval, issued by a group of selected experts. Meta Bytes became part of the platform in October 2022.

– The goal is for startup companies to be able to connect with the innovation ecosystem with investors, authorities, and academia. The platform also works as a guide for stakeholders, which opens even more doors for AI startups.

Sustainability goals: “We are working actively with sustainability, and have set the company’s overall goals based on the three sustainability pillars: environment, economic and social. As of that, all decisions in the company are taken with this in mind.”

Why Halland: “Since both Henrik and I live in Laholm, it was natural to have the office here when we decided to go into business together. Now, after some years and many more people, we’ve kind of turned it into a thing. It is unusual for a tech company to be based here (and in smaller towns in general) so why not benefit from it? There is also something special about working together with other local companies. It creates a different vibe. And of course, it feels good to contribute to the success of the region by helping other companies. 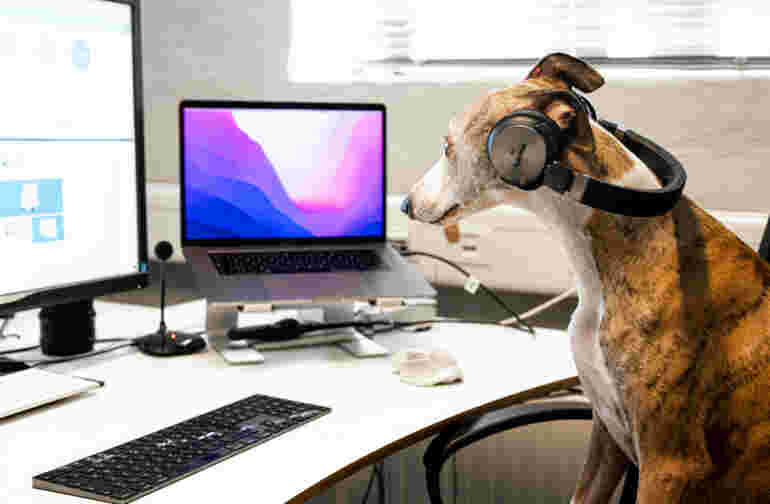 E-bikes for the love of cycling